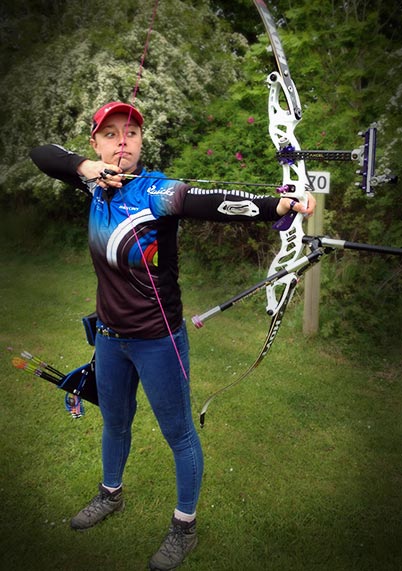 My dad was on the British Field Team so I really wanted to start archery and reach the level he did and more. My dad coached me from the start and helped get the balance between improving and enjoying it, I made the GB Junior squad at the end of 2010 and shot my first international in 2012. Lloyd Brown and Songi Woo worked with my dad and I to help me improve from then on. The ambition to win a World Field Championships from day 1 has motivated me to train hard and keep improving.

I was reserve for the Rio Olympics, my senior World Ranking is 32 and I competed at the Youth Olympics. I’ve won medals internationally at junior level in field, target and indoors as well as winning a stage of the indoor world cup in 2016 and making the indoor world cup finals in 2017 and 2018.


Your goals and ambitions for 2019 and beyond?

My goals for this year are individual and team medals at a World cup, European Championships and World Fields and to improve my World Ranking in to the top 20. Next year the plan is to win Olympic quota places and then compete and medal in Tokyo 2020.