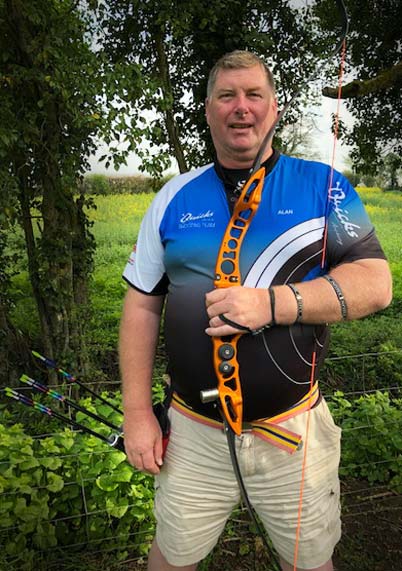 We started archery after our son Ashley brought himself a Petron bow on holiday from Trago Mills in Devon. When home after a few weeks we booked him on a beginners with Stanford Archers. After a couple of weeks we both had a go and were hooked. I’ve always shot barebow and am self taught, but I watch and listen to other archers of all bow styles.

In my time I have been Hampshire outdoors champion for 9 years, I have also been ranked No 1 for a couple of years in the past in the UK Target rankings. I am also Hampshire indoors champion which I have held for a few years.

I am currently the UK barebow clout champion for which I hold 5 national records. I’m ranked No1 for metric clout & No2 for imperial and combined. Also I have been Hampshire clout barebow champ for a few years now.

Your goals and ambitions for 2019 and beyond?

Having had a dip in form for target in the last couple of years, I’m not worrying so much about scores and just enjoying the shooting and hoping to be competitive for 2018 outdoors. My clout form seems to be improving so I’m hoping for more good things from clout archery.