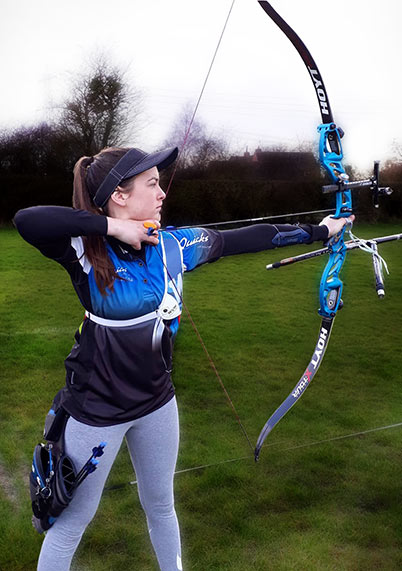 I began archery when I was 8 years old, my brother and my dad were already shooting and encouraged me to start. It looked like a sport I would enjoy and I took to it straight away.

I first shot for my county when I was 10, and then progressed to shoot for the East Midlands and then at the age of 13, for England. I've since shot for England a number of times, most recently for the senior team last year at the Indoor Nationals. I've competed for GB 6 times, the first time in 2015 when I also represented England at the Commonwealth Youth Games.


Your goals and ambitions for 2019 and beyond?

My future ambitions include having a long career in shooting for Great Britain in both the junior and senior teams, although my main goal would be to shoot in the Olympics in 2020 or 2024.