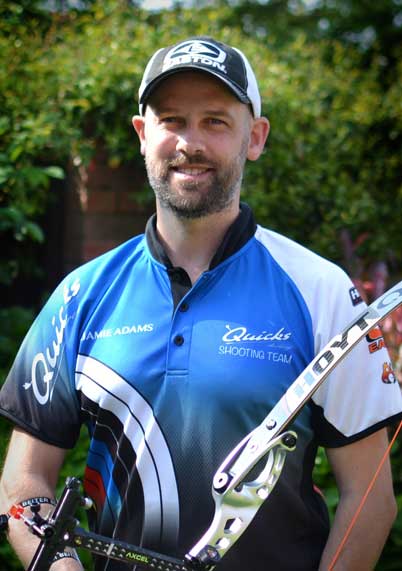 I was inspired by seeing Simon Terry win his bronze medal during TV coverage of the Barcelona Olympics in 1992. I then decided to make a bow in my school workshop and phoned a local club asking if I could shoot it at their targets…… unsurprisingly they said no! Instead I joined their beginner’s course and I was hooked after the first lesson.

How have you progressed to where you are now?

I was very lucky to join a club with some excellent coaches (Crawley Archery Club with Ann and John Hartfield both snr and jnr) who took me under their wing and set me on the right path for which I will always be grateful. I subsequently received guidance and advice from many excellent mentors, coaches and archers including some transformational days of coaching from Don Rabska (USA) and Juan Carlos Holgado (Spain). I also take pride in maintaining and tuning my equipment for best performance.

What are your shooting highlights?

Your goals and ambitions for 2018 and beyond?